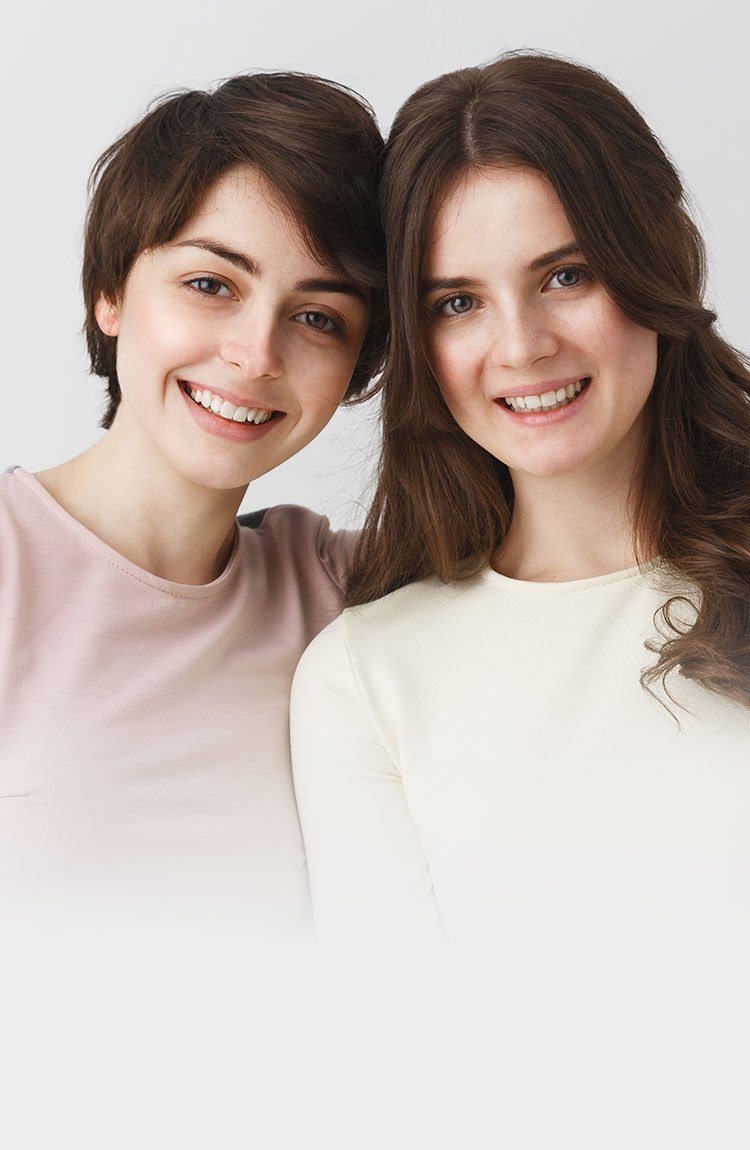 The story of how you now see the world can both be an inspiration to those in need, but also a way to pay living tribute to those who have given the gift of sight. Did you receive your cornea from Lions VisionGift? If so, we would love to hear and share your story. If you are interested, please email: partnerrelations@visiongift.org

As Valentine’s Day approaches, many people will be giving their sweetheart a card or perhaps some chocolates as they celebrate the love in their life. For Joe Johnson, he will be celebrating the anniversary of his cornea surgery and the generous donor family who gave him the chance to see again. As Joe says, “I’m a faithful person and I say a prayer for my donors. They are always, always in my prayers. So in gratitude I thank God for them, for giving them the wisdom to check that box on their license.”

Several years ago, Joe’s vision in his right eye was getting worse and worse due to Fuchs Dystrophy. As his sight deteriorated, he found himself unable to read even the large “E” at the top of the eye chart in the doctor’s office. Everything seemed like it was always in a blur. Joe relayed how scared he felt as the world literally closed in around him while his vision diminished.

During retirement, Joe was determined to remain active in his service to the community and felt he could use his life experience to help guide students as a substitute teacher. Early on, Joe was able to read the course materials and see the faces of the teenagers in his classroom even if they didn’t always appreciate his humor. “They don’t get my sarcasm and I don’t get theirs, so it works out well”, Joe says with a chuckle. I think they find me as a bit of relief. I’m not there to grade them, I’m just there trying to help them. If they’re having  problems, problems with a lot of different things, I’m able to be the go-between them and the teacher or administration.” While Joe found satisfaction in those classroom faces, over time they were getting harder to see.

“My quality of vision was terrible, and it was getting worse and worse. It was either have the surgery or eventually not be able to see it all.”

And so on Valentine’s Day a few years ago, a generous donor and their family gave Joe the gift Cupid could not – the gift of renewed sight. As Joe says, “It’s just unbelievable! You read about transplants and you see it and you talk about it, but when you actually have it happen to you, you just say, “Wow!”…  It’s just unbelievable that someone decided they’d share their sight (corneas) so that I’d get to see. It’s a wonderful thing. It’s very personal. I can read, I can see colors. My vision seems to be getting better as time goes by, which is a great gift. it’s just overwhelming. Sight-saving is life-saving.”

Robby Holmes was just 19 years old when a BB pellet forever changed how he would view the world. Though his is a story with its fair share of pain and difficulty, it is one worth telling for it is also a story of perseverance, forgiveness, empowerment, and community. As is often the case with tales that bear repeating, degrees of chance and circumstance have conspired to create a story with deeper meaning and a more satisfying resolution involving both men, a new non-profit organization, the local community, and Lions VisionGift.

15 years ago Robby was driving through his home town of Ida Grove, Iowa when a stainless steel BB pellet, fired from the side of the road by a young man, struck Robby’s right eye. The damage done by the ricocheting projectile necessitated multiple surgeries in the intervening years, starting with his first cornea transplant and leading up to his recent successful operation this past summer for the glaucoma which developed 8 years ago.

Never one to take the “poor me” philosophy on the events of those days, Robby has harnessed a natural enthusiasm for life and poured it into his passions of music and community. His gregarious nature and kind spirit are immediately evident upon meeting him and have helped Robby become a respected member of his local community, through his community music promotion efforts. Given the impact of his work for local artists, it is of no surprise that his community responded to his developing plight surrounding paying for additional eye surgery.

Unfortunately, the development of Robby’s glaucoma over the past eight years, in addition to causing chronic pain, was threatening to irreparably damage his vision. In addition, the integrity of his first cornea transplant had been compromised by these developments and, pending the outcome of his recent glaucoma surgery, Robby would need a second cornea transplant. Without medical insurance, these were operations which Robby would not be able to afford.

In just a few short weeks that summer, during several fundraising concerts promoted by Robby’s community awareness organization, his friends, and their friends, raised over eight thousand dollars of the necessary twelve thousand needed for his upcoming procedures. Upon learning of this dedicated community reaction to the plight of one of its own, Lions VisionGift stepped in to donate the cornea for Robby’s operation.

We promised you a story of reconciliation and inspiration, and if the public outpouring of community support doesn’t warm your heart, hopefully this will. On a chance visit to his hometown, Robby had a chance encounter with the grandmother of the man who shot him. In typical Robby fashion, he asked this woman to pass along the message to her kin that he harbored no ill will or animosity toward the young man and wished him only better times ahead. It wasn’t one day later that the two men shared a telephone conversation in which his attacker told Robby of the weight lifted from his shoulders by those words. In times subsequent, that individual has started his own non-profit organization that serves under-privileged children.

Lions VisionGift is proud to be even a small part of Robby’s remarkable story.

Teresa Rambaud was only 14 when she was diagnosed with Keratoconus – a progressive eye disease that affects the cornea. In spite of this, at the age of 17, Teresa was able to visit Silverton, Oregon as an exchange student from Mexico.

By the time Teresa was 20, she had become totally blind. Life was dark and difficult at times, and she would often fall and hurt herself. Teresa was incredibly grateful for the care and support of the teachers and classmates who got her through school – assisting with studying and even giving her tests orally. But Teresa’s family made the greatest sacrifices, assisting her each day and routinely loading their large family into the car for 12-hour round trips to El Paso, Texas, to see eye specialists. Teresa got through it by focusing on the good moments of her life. She says, “Even when I was blind, I have always been able to see my blessings.”

At the ages of 22 and 24, Teresa received her first two cornea transplants from donors in El Paso, Texas. For the first time in almost four years, her world turned from dark and gray to bright, vivid color.

Over the years, Teresa’s vision began to decrease again. Though her doctors assured her she wasn’t experiencing rejection, they did recommend another cornea transplant in each eye. As a long-time Happy Valley resident, her transplants were performed in Portland, with corneas recovered by Lions VisionGift.  In October 2016, she received a right cornea, and in December 2017, she received a left cornea.

In April 2018, Teresa was able to meet the family of one of the donors who helped her to be able to see her beautiful daughter’s dimpled face again – Robert Esparza of Gresham (the two pictured above). Teresa had been praying and waiting for that opportunity and felt that meeting Robert’s family was another amazing gift to her. To be able to thank Robert’s dad, Simon (pictured) for supporting his decision to help others was a wonderful feeling, and her hope is that she can give them a sense of peace and comfort as they have given her the gift of sight.

As a four-time cornea recipient, as well as a Bilingual Donor Contact Representative for Be the Match bone marrow donor program, Teresa urges others, “Share your blessings! Become an organ, bone marrow, eye, and tissue donor.  Also, support your loved one’s decision to help many patients in need: deciding to give someone life or sight after you are gone – it’s amazing – the most beautiful, and selfless action of compassion!”

When Lions VisionGift opened a location in the Seaport area of Boston in 2017, one of our commitments to the local community was to finally make ocular research tissue donation a reality. Two years later, on June 13th, 2019, LVG made good on that commitment. But it wasn’t LVG alone, it took one woman’s lifetime of giving, and the tenacity of her loving son to make it happen.

The day before, June 12th, Brian Marcelonis was contemplating what to do once his mother, Mary Murphy Marcelonis, who suffered from dementia, passed away. Having recently looked through some family files and spoken with his mother, Brian was proud of the fact that both his grandmother and mother wished to have their brains donated for dementia research. While he knew of his mother’s wishes to donate her brain for research, he wondered if there was anything more that could be done to help others with eye issues as there were many members of his mother’s family that had suffered from eye problems. As Brian says, “That’s what my mom was all about, helping other people”.

A lifelong Boston resident, early on Mary had set her sights on teaching as a way to make a difference. As former student, Frank Iarrobino says, “If there were more Mrs. Marcelonis walking the earth, the world would be a happier, safer and smarter place.” Mary was president of the class of 1949 at Notre Dame Academy in Roxbury and was also president of the class of 1953 at Boston Teacher’s College. She received a master’s degree in education from Boston University in 1969. As a person and an educator, Mary led with kindness and humility. She took great pleasure in assisting challenged students who needed guidance and direction. She especially enjoyed helping students that were applying for scholarships and sharing in their joy when their efforts were rewarded. As Brian recounts, “I found letters from former students, I talked to several of the teachers that she taught with, and my mom was just one dynamic, dedicated teaching professional. It’s what she always wanted to do – have a positive impact on other people’s lives.”

Mary’s gift has gone to find a treatment, and hopefully one day a cure for macular degeneration. And just as it is clear that Mary led a life of giving, and instilled that in the generations that have followed, it is also clear that her legacy will continue to touch the lives of countless others through her generous final gift.

“It’s a fitting tribute to her incredible legacy that she was a pioneer; being the first donor for ocular research in Boston.  Her gift has gone to help find a treatment, and hopefully one day a cure, for macular degeneration.” – Corrina Patzer, Chief Strategy Officer, LVG 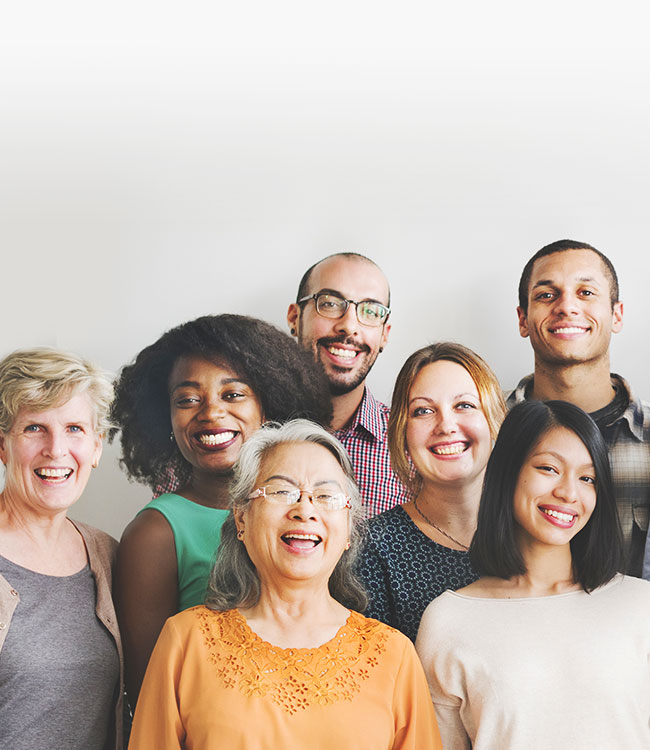 Contribute to leading the world of sight restoration.*

* Lions VisionGift is a 501(c)(3) non-profit. All donations are tax deductible.